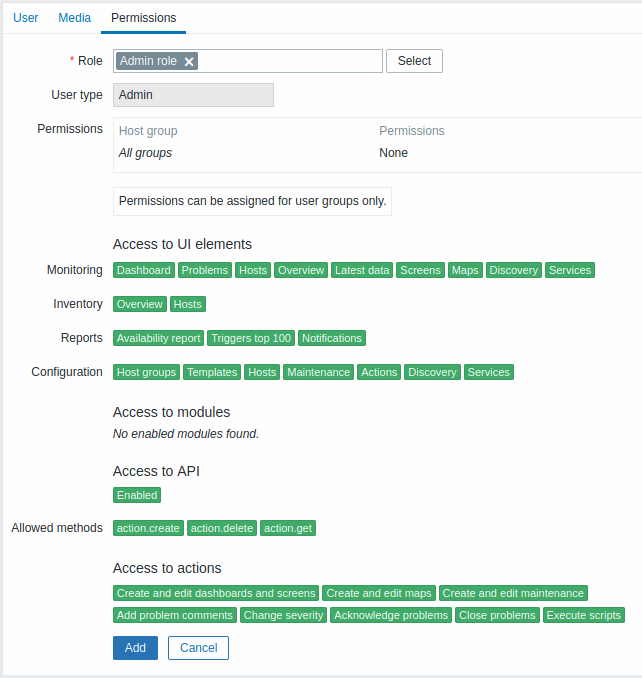 Access to any host data in Zabbix are granted to user groups on the host group level only.