These scripts, depending on the set user permissions, then become available for execution by clicking on the host in various frontend locations (Dashboard, Problems, Latest data, Maps) and can also be run as an action operation. The scripts are executed on the Zabbix server or agent.

As the list may contain a number of scripts, it may be needed to filter out the ones you really need.

The Filter link is available above the list of scripts. If you click on it, a filter becomes available where you can filter scripts by name. 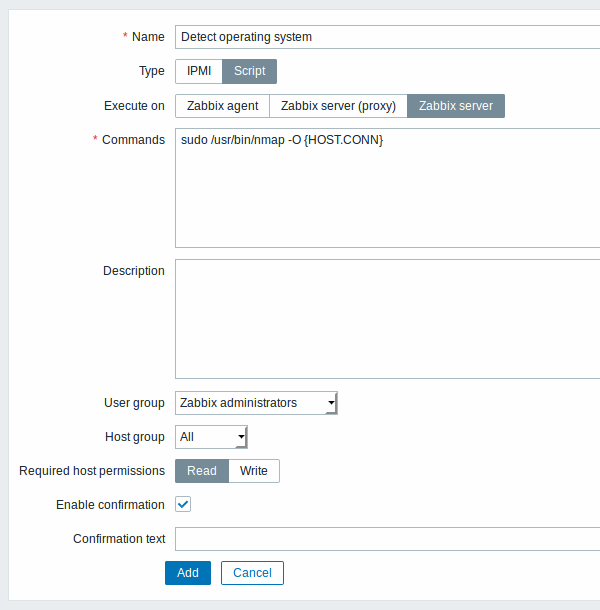 See example of a script and the result window below: 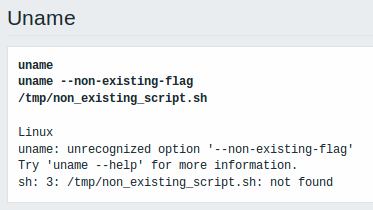 You may encounter a situation when timeout occurs while executing a script.

See example of a script running on Zabbix agent and the result window below:

Error message in this case is the following:

See example of a script running on Zabbix server and the result window below: