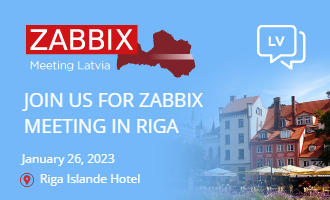 Join us for Zabbix meeting Latvia 2023!

A host interface is treated as unreachable after a failed check (network error, timeout) by Zabbix, SNMP, IPMI or JMX agents. Note that Zabbix agent active checks do not influence interface availability in any way.

From that moment UnreachableDelay defines how often an interface is rechecked using one of the items (including LLD rules) in this unreachability situation and such rechecks will be performed already by unreachable pollers (or IPMI pollers for IPMI checks). By default it is 15 seconds before the next check.

Note that the exact item that failed is indicated and the item type (Zabbix agent).

The Timeout parameter will also affect how early an interface is rechecked during unreachability. If the Timeout is 20 seconds and UnreachableDelay 30 seconds, the next check will be in 50 seconds after the first attempt.

Switching interface back to available

Once interface becomes available, the host does not poll all its items immediately for two reasons:

So, after the interface becomes available, items are not polled immediately, but they are getting rescheduled to their next polling round.

The UnavailableDelay parameter defines how often an interface is checked during interface unavailability.

By default it is 60 seconds (so in this case "temporarily disabling", from the log message above, will mean disabling checks for one minute).

When the connection to the interface is restored, the monitoring returns to normal automatically, too: