In Zabbix, four types of item discovery are supported out of the box:

Return values of a low-level discovery rule are limited to 2048 bytes on a Zabbix proxy run with IBM DB2 database. This limit does not apply to Zabbix server as return values are processed without being stored in a database.

The following sections illustrate the process described above in detail and serve as a how-to for performing discovery of file systems, network interfaces, and SNMP OIDs. The last section describes the JSON format for discovery items and gives an example of how to implement your own file system discoverer as a Perl script. 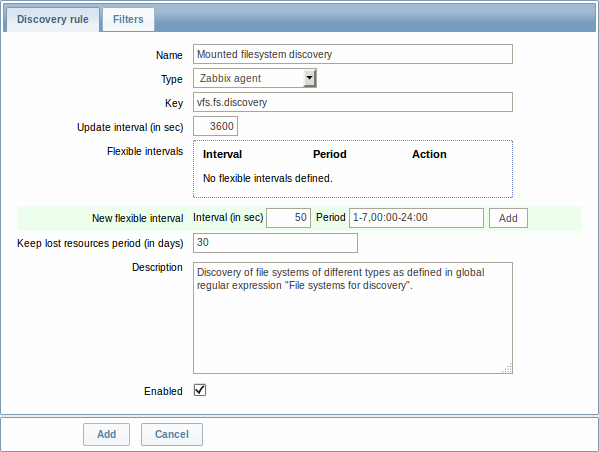 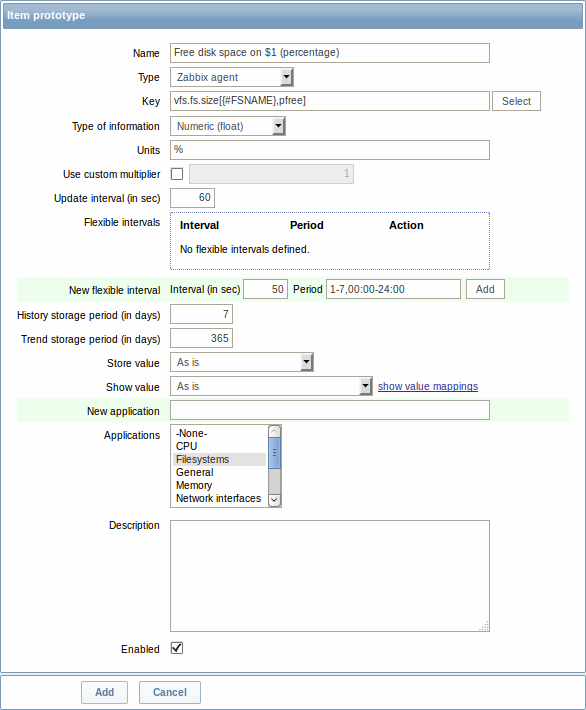 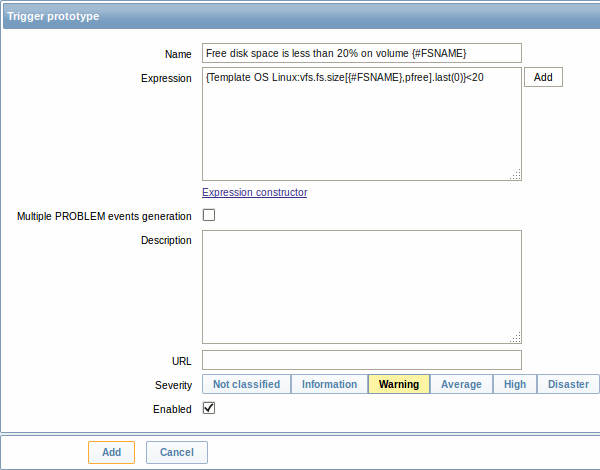 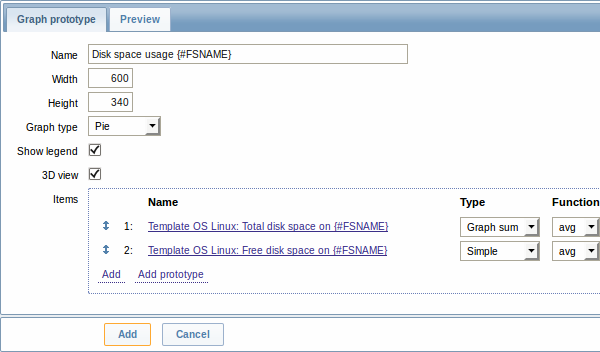 Items (similarly, triggers and graphs) created by a low-level discovery rule cannot be manually deleted. However, they will be deleted automatically if a discovered entity (file system, interface, etc) stops being discovered (or does not pass the filter anymore). In this case the items, triggers and graphs will be deleted after the days defined in the Keep lost resources period field pass.

3.3 Discovery of CPUs and CPU cores

Discovery of CPUs and CPU cores is done in a similar fashion as network interface discovery with the exception being that the discovery rule key is "system.cpu.discovery". This discovery key returns two macros - {#CPU.NUMBER} and {#CPU.STATUS} identifying the CPU order number and status respectively. To note, a clear distinction cannot be made between actual, physical processors, cores and hyperthreads. {#CPU.STATUS} on Linux, UNIX and BSD systems returns the status of the processor, which can be either "online" or "offline". On Windows systems, this same macro may represent a third value - "unknown" - which indicates that a processor has been detected, but no information has been collected for it yet.

CPU discovery relies on the agent's collector process to remain consistent with the data provided by the collector and save resources on obtaining the data. This has the effect of this item key not working with the test (-t) command line flag of the agent binary, which will return a NOT_SUPPORTED status and an accompanying message indicating that the collector process has not been started.

Item prototypes that can be created based on CPU discovery include, for example, "system.cpu.util[{#CPU.NUMBER}, <type>, <mode>]" or "system.hw.cpu[{#CPU.NUMBER}, <info>]". 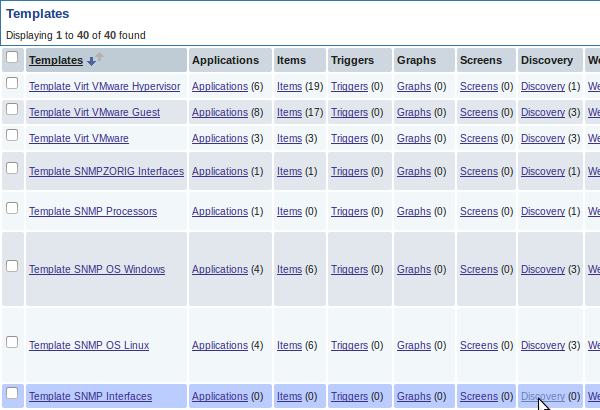 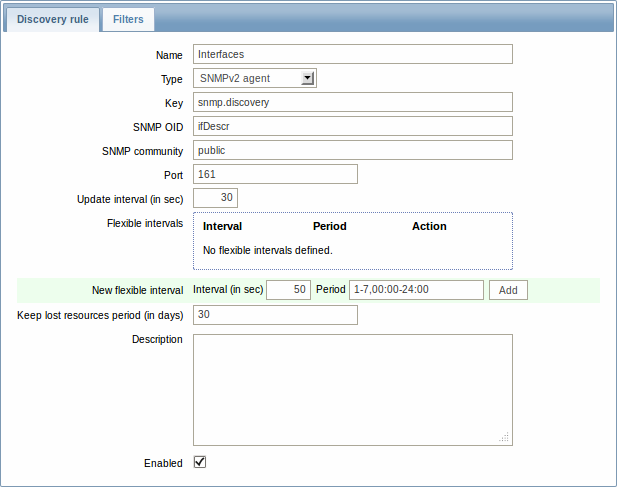 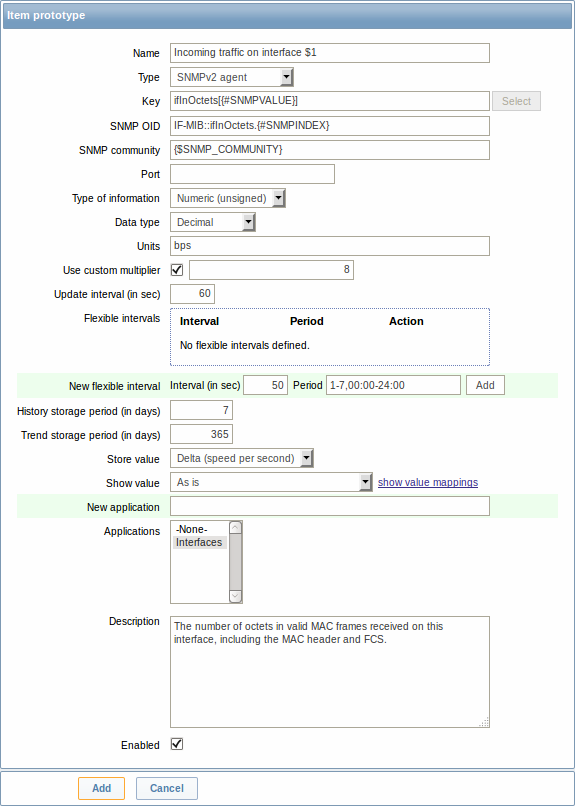 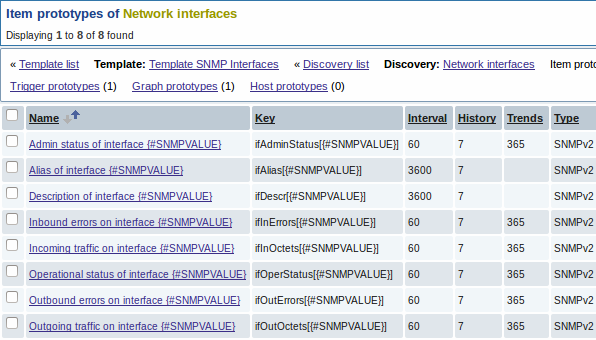 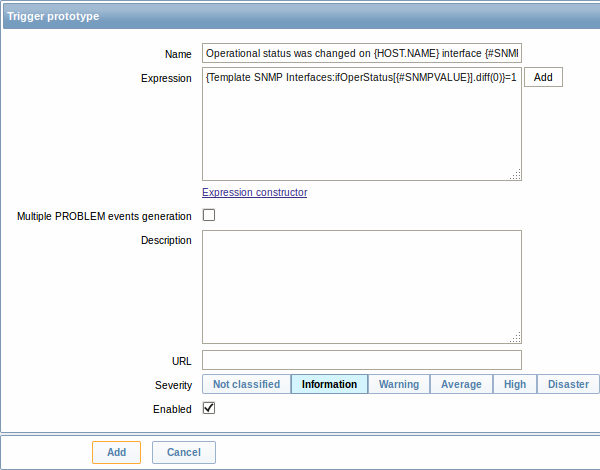 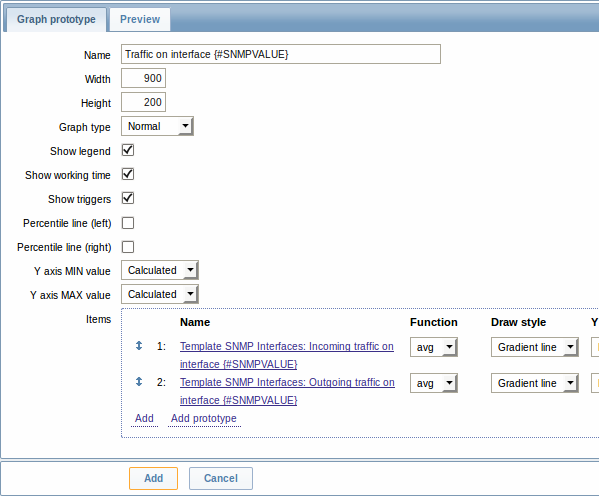 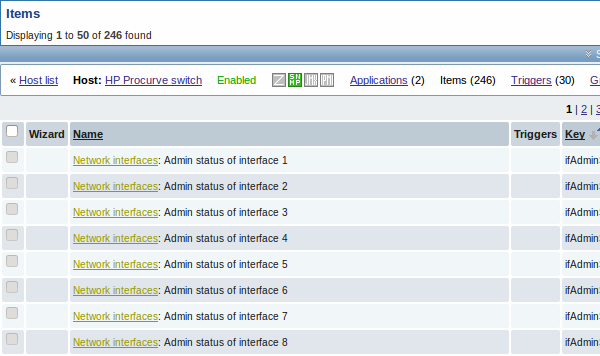 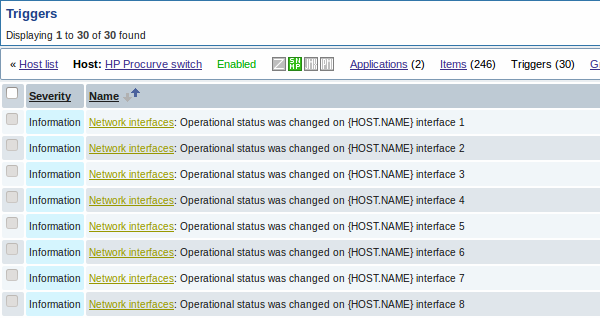 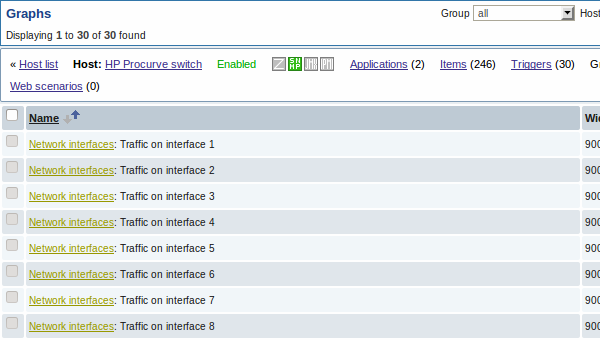