In Zabbix, three types of item discovery are supported out of the box:

Return values of a low-level discovery rule are limited to 2048 bytes on a Zabbix proxy run with IBM DB2 database. This limit does not apply to Zabbix server as return values are processed without being stored in a database.

The following sections illustrate the process described above in detail and serve as a how-to for performing discovery of file systems, network interfaces, and SNMP OIDs. See Creating custom LLD rules for a description of the JSON format for discovery items and an example of how to implement your own file system discoverer as a Perl script. 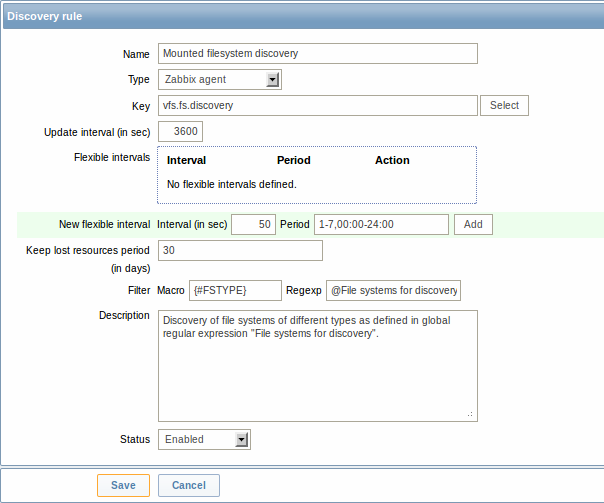 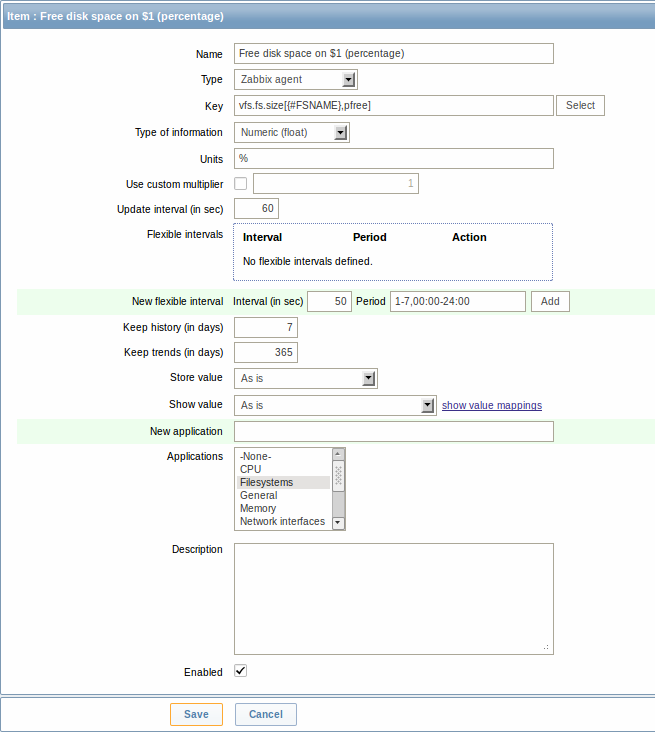 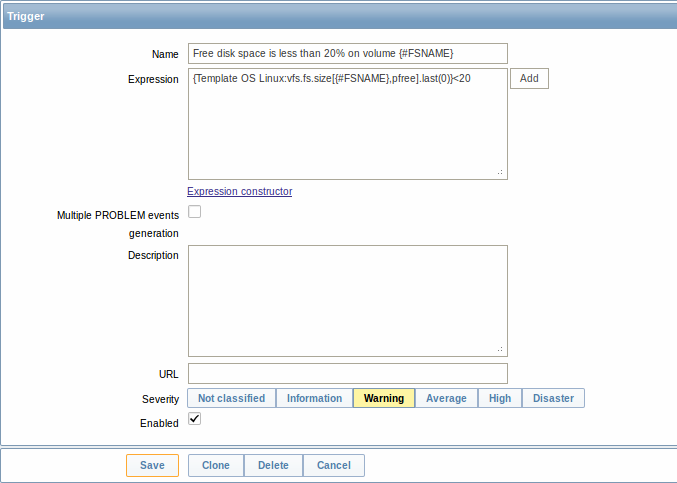 Items (similarly, triggers and graphs) created by a low-level discovery rule cannot be manually deleted. However, they will be deleted automatically if a discovered entity (file system, interface, etc) stops being discovered (or does not pass the filter anymore). In this case the items, triggers and graphs will be deleted after the days defined in the Keep lost resources period field pass. Note that triggers (until Zabbix 2.2.2) and graphs (until Zabbix 2.2.3) are deleted immediately. 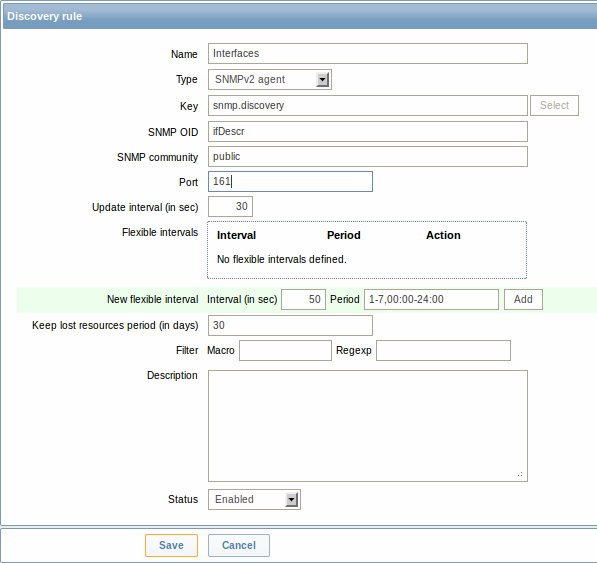 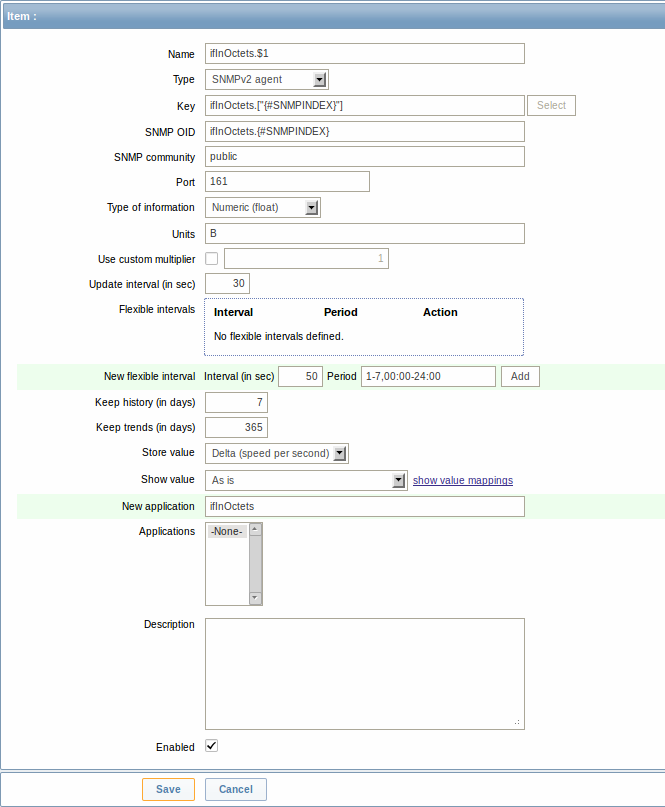 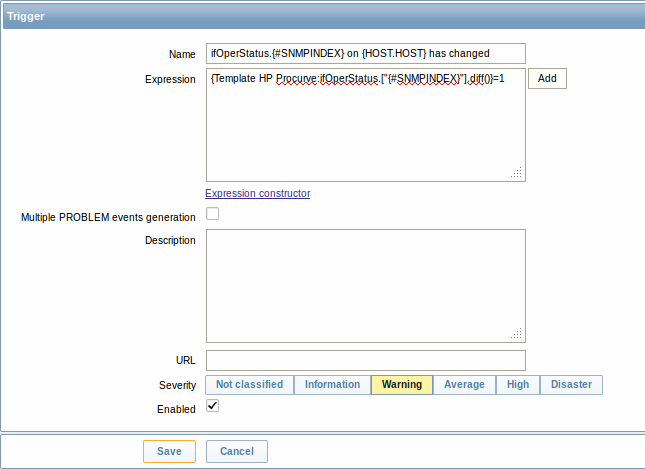 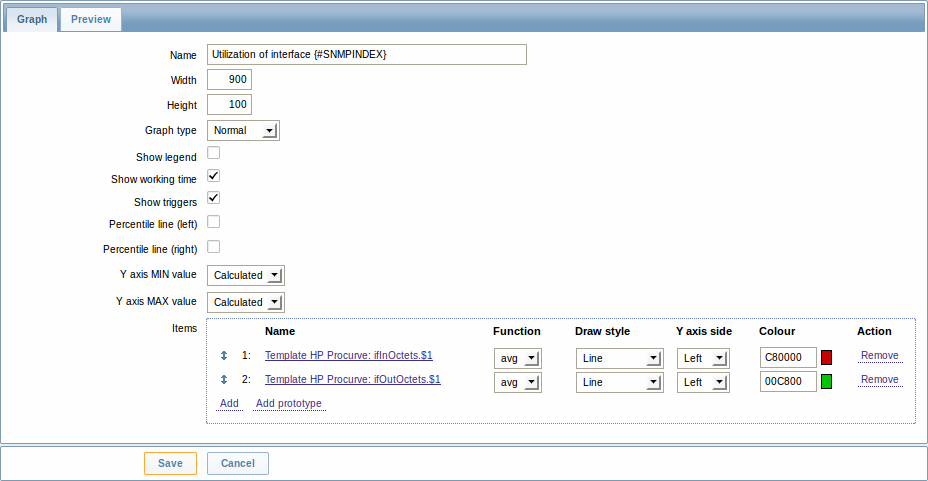 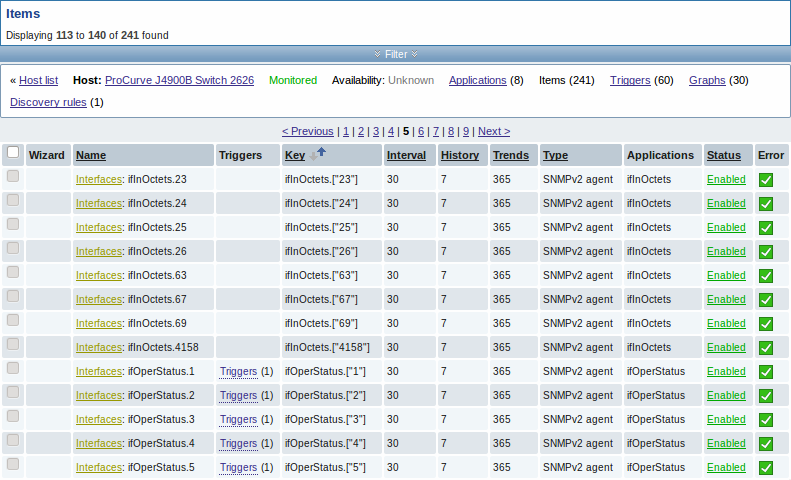 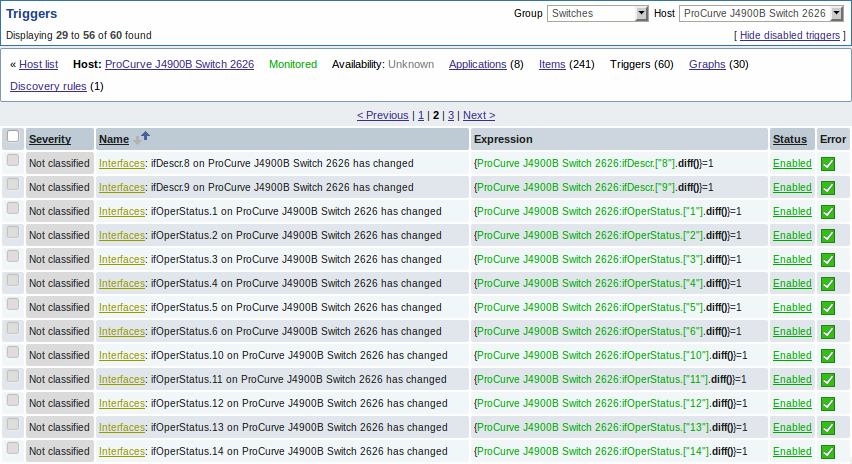 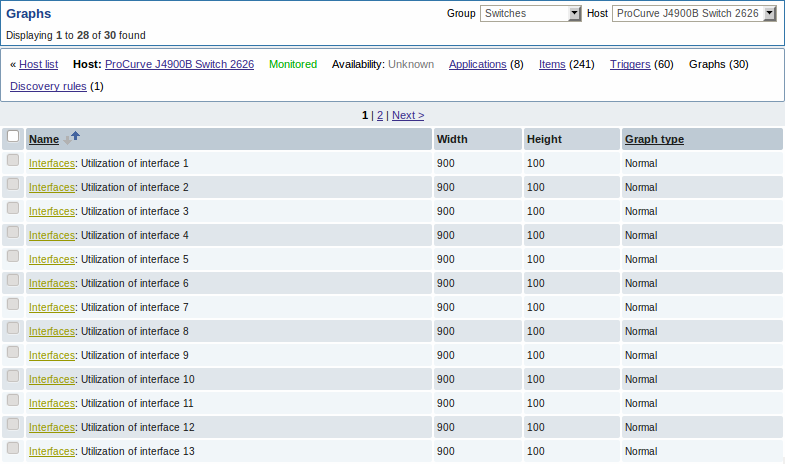