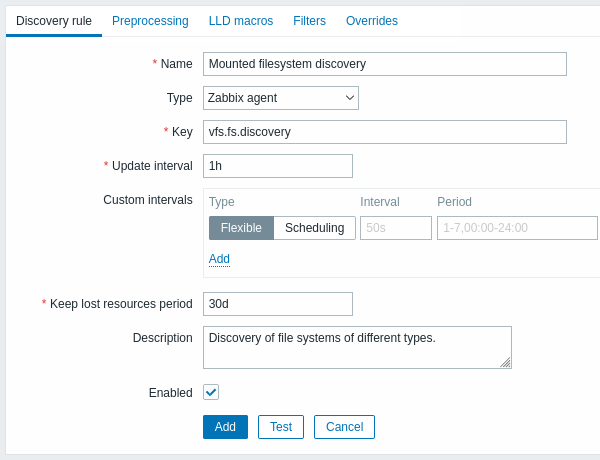 The Override tab allows to set rules to modify the list of item, trigger, graph and host prototypes or their attributes for discovered objects that meet given criteria. 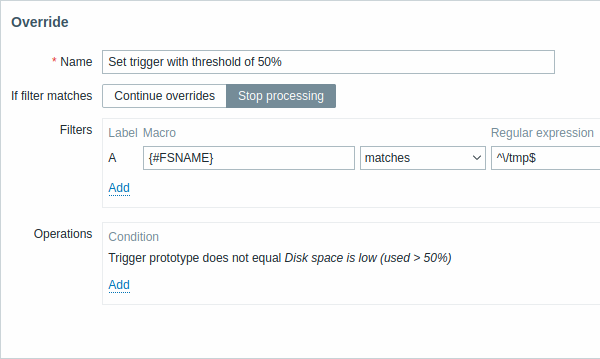 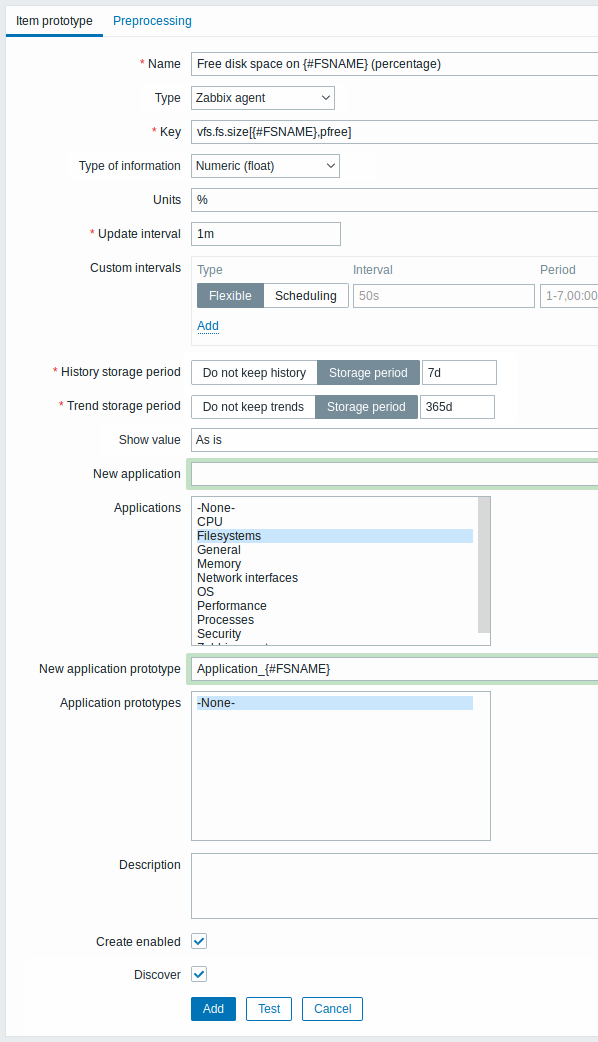 Low-level discovery macros and user macros are supported in item prototype configuration and item value preprocessing parameters. Note that when used in update intervals, a single macro has to fill the whole field. Multiple macros in one field or macros mixed with text are not supported. 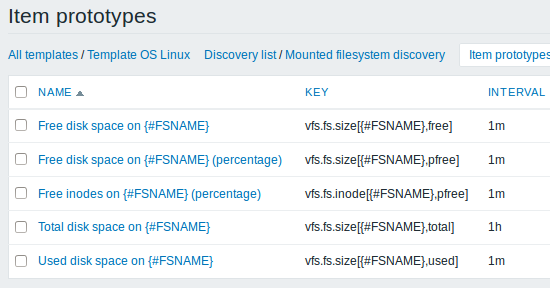 Mass update option is available if you want to update properties of several item prototypes at once. 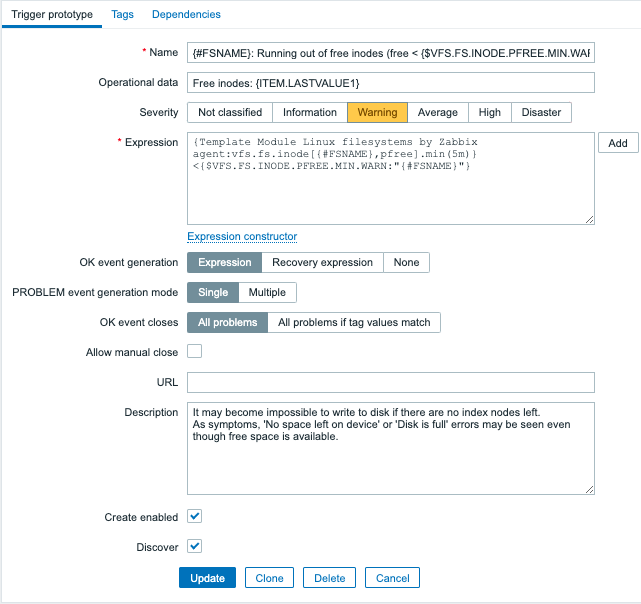 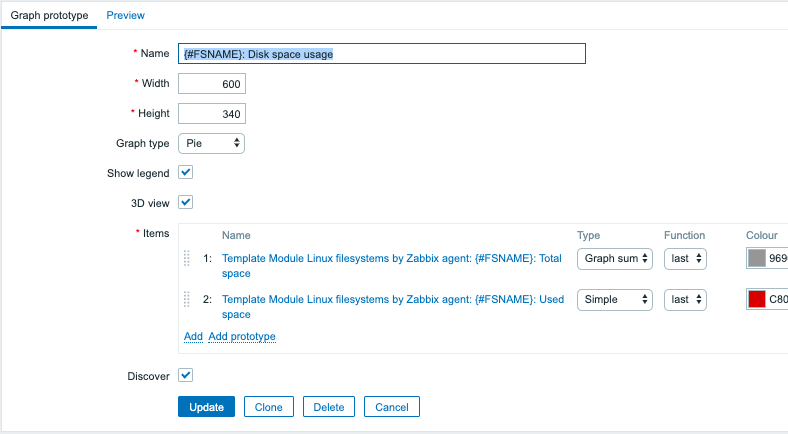 Finally, we have created a discovery rule that looks as shown below. It has five item prototypes, two trigger prototypes, and one graph prototype.

If data has to go through Zabbix proxy it has to store this data in database so database limits apply.

LLD macros may be used inside user macro context, for example, in trigger prototypes.