Zabbix will try to discover hosts in IP range of 192.168.1.1-192.168.1.255 by connecting to Zabbix Agents and getting value from system.uname key. A value received from an agent can be used to apply different actions for different operating systems. For example, link Windows servers to Template_Windows, Linux servers to Template_Linux.

The rule will be executed every 10 minutes (600 seconds).

When the rule is added, Zabbix will automatically start discovery and generation of discovery-based events for further processing.

Define an action for adding newly-discovered Windows servers to the respective group/template. 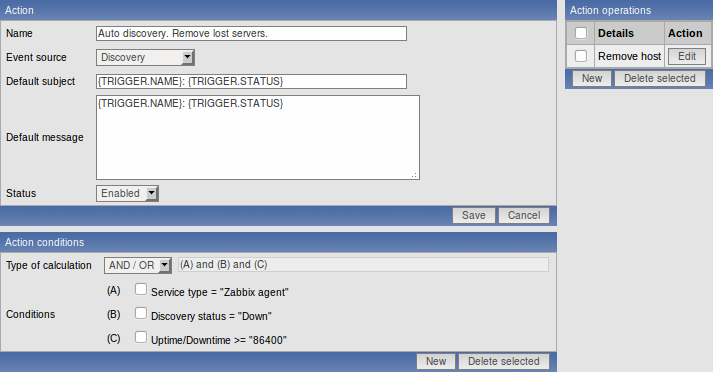